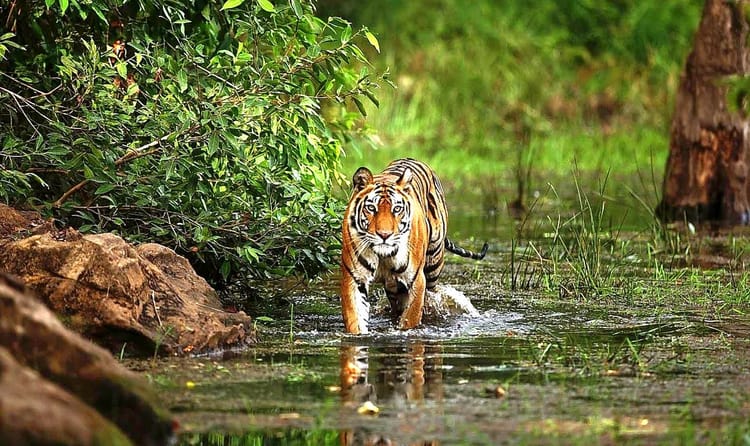 The Ratapani Wildlife Sanctuary is located in the Raisen district of Madhya Pradesh, in Vindhya Range in central India. It has been a wildlife sanctuary since 1976.

The Madhya Pradesh government has decided to declare the Ratapani Wildlife Sanctuary a tiger reserve (the seventh for the State). The state received approval for the same from the National Tiger Conservation Authority (NTCA) 11 years ago. It will become a tiger reserve by the notification of the Government of Madhya Pradesh.

The declaration of the sanctuary as a tiger reserve will help in better conservation of tigers in the area which is facing the problem of illegal mining and poaching.

The forest of Ratapani is dry deciduous and moist deciduous type, with teak as the main tree species. About 55% of the area is covered by teak. The remaining mixed forests consist of various dry deciduous species. Bhimbetka rock shelters are located within this tiger reserve. It has been declared a World Heritage Site by UNESCO.

Ratapani WS is the origin of the Betwa river.