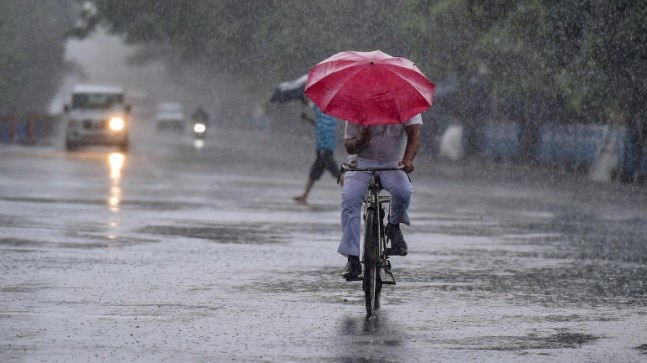 The monsoon has arrived in Kerala, the India Meteorological Department said on Monday. This is four days earlier than what the IMD had forecast in mid-May but is also the date on which the monsoon normally sets in over the State.

However, 700 km from Mumbai, a nascent cyclone is brewing in the Arabian Sea and likely to hit north Maharashtra as well as the Gujarat coast by June 3. The IMD’s latest cyclone update expects it to balloon into a “severe cyclone” by the middle of the week.

The presence of a cyclone near land during the monsoon onset could delay the progress of the monsoon and put it into a “hiatus,” Madhavan Rajeevan, Secretary, Ministry of Earth Sciences, said at a press conference. After Kerala, the monsoon is normally expected to reach Goa, Arunachal Pradesh, Karnataka, Andhra Pradesh and Assam by June 5 and Mumbai by June 10.

But the cyclone, if it persists or gains in strength, could block the monsoon system. It would likely become 50-60 kmph, gusting to 70 kmph, during the next 48 hours and amplify to 105-115 kmph by the time the cyclone makes landfall.

“In April, we’d said India is likely to get 100% of its long period average between June and September. Most parts of India, except for the north-eastern region, are expected to get more rain than normal.

The agency expects increased rainfall because of slim chances of an El Nino, or a warming of the central Pacific during monsoon. Global models are indicating cool ENSO conditions are likely to prevail during the monsoon season, with some possibility of development of weak La Niña conditions in the later part of the monsoon season,” the organisation said in a statement.