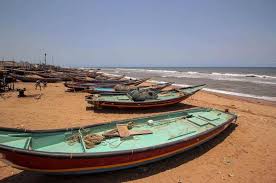 Windspeeds are expected to hit 240 kmph and extensive damage along the coast is expected in Odisha and West Bengal. By the time it makes landfall in West Bengal, Amphan is expected to tone down into a category 4 Extremely Severe Cyclonic storm with wind speed of 165-175 kmph and gusting to 195 kmph.

Last year, Fani, which was an ESC made landfall in Odisha and ravaged the State, claiming at least 40 lives. Storm surge of about 4-6 meters above astronomical tide is likely to inundate low lying areas of South & North 24 Parganas and about 3-4 meters over the low lying areas of East Medinipur district of West Bengal during the time of landfall, said an evening update from the Press Information Bureau.

The Odisha government has deployed units of the National Disaster Response Force and the Odisha Disaster Rapid Action Force to north-coastal districts for carrying out rescue operation. Ahead of the monsoon's arrival in Kerala, the month of May typically sees intense tropical storm activity in the Bay of Bengal.

From 1965 to 2017, the Bay of Bengal and the Arabian Sea collectively registered 46 ‘severe cyclonic storms’. Seven of them occurred in May and only two were recorded in April, according to data from the India Meteorological Department’s cyclone statistics unit.